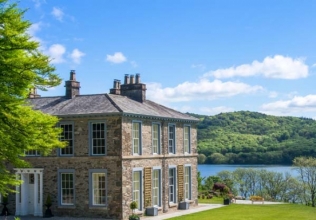 Why go on holiday to Cumbria?

One of the most sparsely populated counties in the UK, Cumbria is also one of the most beautiful. Bounded to the north by Scotland and to the west by the Irish Sea, it contains two of England's outstanding areas of natural beauty, the Lake District National Park and the Pennines.

Writers, poets and painters have long visited Cumbria in search of inspiration. The county is now a place for many people from all walks of life to escape to in order to bask in Cumbria’s natural beauty.

Things to see on holiday in Cumbria

The main draw to Cumbria is undoubtedly the Lake District, the UK’s largest and most famous National Park. Views increasing in beauty at every turn, it’s easy to see why.

Containing every peak in England over 3,000 feet, the Lake District has England's highest point, Scafell Pike. The point is popular with tourists and is on the checklist of most climbers and walkers. If that ascent sounds like too much of a challenge, there are over 200 other more modest official fells to climb.

Although the headline attraction, there is a lot more to Cumbria than the Lake District. It's well worth venturing beyond the boundaries of the national park and into towns such as Carlisle and Penrith. Further west, Cumbria's coastline has a range of Victorian seaside resorts: Seascale, St Bees, Allonby, and Silloth, which have fine beaches and a characterful charm.

Things to do on holiday in Cumbria

Regardless of if you’re on the coast, Pennines or Lake District, Cumbria has a host of outdoor activities. Hiking and cycling might spring to mind first but there is also rock climbing, horse riding, surfing, mountain running and water sports.

We recommend that you also make time to visit Cumbria’s wealth of historic sites, including some of the earliest stone circles in Britain and remains of the Roman Empire. Hadrian’s Wall even creeps into Cumbria in Bowness-on-Solway and runs along through Carlisle. A 15-mile walk from Bowness-on-Solway to Carlisle is a popular trail that follows the wall. There are other Roman remains to see including Alauna, a Roman fort in Maryport.

If you’re based in the south of Cumbria a trip to Holker Hall, one of the best-loved stately homes in Britain, is a must. You can tour the house that has never been sold in its 400-year history.

The best holiday cottages in Cumbria

As a county rich in history, you might want to match the surroundings with your choice of accommodation by renting one of the many farmhouses and traditional detached cottages in the area for your holiday. We want to make sure that you book a vacation rental that is best for you so that your holiday in Cumbria is the best that it can be. We give you so much variety and choice that it’s easy to find exactly what it is you’re looking for.

Within Cumbria, we have holiday cottages near the coastline as well as in the Lake District and Pennines. Take a closer look at our stunning collection of self-catering holiday cottages and apartments in Cumbria below.

Booking a holiday cottage in Cumbria

A selection of the holiday lets in Cumbria are displayed below. To find the best one for you, use our filter options to the left, to narrow down what’s available until you find your favourite.

At any point, please feel free to contact us with any questions you may have about booking a holiday cottage in Cumbria – we’re happy to help with questions about the cottages and to give you advice before you go ahead and book.