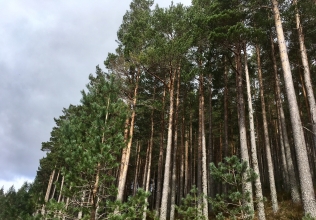 What are the National Parks?

The National Parks are Britain’s ‘breathing spaces’! And there’s 15 of them to explore. In short, they are areas that are protected for their natural beauty, wildlife or cultural heritage and they are overseen by various National Park authorities.

2019 marked the 70th anniversary of the National Parks, with a rebrand and relaunch of their annual event ‘Discover National Parks Fortnight’ which now comprises two weeks of celebrations, spanning the Easter holidays.

Where are the UK National Parks?

Less than an hour from Cardiff and you will find yourself in an International Dark Sky Reserve, complete with mountains (including Pen y Fan at 886m), moorlands, waterfalls and castles. Plenty of opportunity to walk or cycle. Watch out for Welsh mountain ponies and red kites!

The Broads in the English counties of Norfolk and Suffolk are Britain’s largest protected wetland, originally created by flooding old peat digging sites and now home to some of our rarest wildlife. With 7 rivers and 60 broads, there are over 125 miles of waterways to explore at your leisure.

Discover ancient Caledonian pine forests alongside Britain’s highest mountain range (don’t miss visiting Cairngorm Mountain). This stunning area of Scotland is perfect for escaping everyone, offering hillwalking and mountain biking year round and some great skiing during the winter.

Did you know that Dartmoor in Devon, in the south west of England, is the only National Park in England to allow wild camping? Featuring the longest stone row in the world, it’s an internationally significant area for archaeology, comprising stone circles, granite tors and heather clad moorland.

Not far from Dartmoor, Exmoor also features moorlands and woodland as well as high cliffs overlooking the Bristol Channel. Look out for Exmoor ponies roaming free as well as red deer. Visit at night and enjoy its Dark Sky status too.

The Lake District is England’s largest National Park (and now a World Heritage Site). It features England’s highest mountain, Scafell, alongside 16 key lakes (or waters) including Lake Windermere. Fans of Alfred Wainwright can explore his 214 fell walks with illustrations. Younger visitors may well prefer Beatrix Potter’s many sites of interest.

Head to Scotland and less than an hour from Glasgow, you can find yourself surrounded by 22 large lochs, 50 rivers and 21 Munros to bag. More than enough to explore with some incredible views at every turn. Visitors can take boat trips, sail or canoe as well as walk and cycle for miles.

Unlike some of its more mountainous park relatives, the New Forest in southern England offers open forest, woodlands and open heathland, complete with common grazing rights for sheep, cattle pigs and horses! Once an historic royal hunting forest, the New Forest also offers a varied coastline and is less than one hour from Southampton.

Northumberland National Park in the far north east of England is one of the best for dark skies – it’s offers the largest area of protected night sky in Europe, making it a perfect destination for star gazing! It’s also one of the most tranquil. Escape here to find gentle mountains, remains of Hadrian’s Wall, wild goats and the Sill National Landscape Discovery Centre.

North York Moors in North Yorkshire offers a double whammy of vast, open moorland, containing one of the largest expanses of heather moorland in the UK alongside a stunning coastline, complete with cliffs and with traditional fishing villages - don’t forget to visit the seaside Robin Hood’s Bay and Staithes.

This was Britain’s first National Park and rather unusually, it comprises the Dark Peak (think gritstone, Stanage Edge and some great rock climbing) and White Peak (limestone country). There’s more than 200 square miles of open access land to explore – perfect for walking, cycling and horse riding.

Pembrokeshire Coast in Wales is the only fully coast National Park in Britain. Explore cliffs, beaches, harbours and coves along its 300km of coastline. And if you’re lucky, you might just spot seals, dolphins and basking sharks.

Snowdonia in north Wales comprises the Snowdonia mountain range, including Snowdon, the highest mountain in Wales. It also features a wonderful, sandy coastline, wooded valleys and may historic castles.

The South Downs National Park is England’s newest national park and located in the south east of England. Stretching across Hampshire, West Sussex and East Sussex, you can walk, cycle or ride 160km of the South Down’s Way and discover the chalk hills which form the white cliffs at Seven Sisters and Beachy Head.

The Yorkshire Dales National Park in northern England covers thousands of square miles of moors, valleys and hills and can be found across North Yorkshire, a decent part of Cumbria and a small part of Lancashire. Come and explore its Three Peaks of Whernside, Ingleborough and Pen-y-ghent as well as the limestone pavement of Malham Cove.

Why go on holiday to one of the UK's National Parks?

The 15 National Parks offer the chance to explore some of the most beautiful – and protected -   landscapes in Britain.

Whether you prefer the remote isolation and beauty of the Cairngorms or just want to sit on the beach with family in North York Moors, there really is something for everyone.

And many of the parks also have night sky status meaning you can come and stargaze, without light interruption from nearby dwellings.

What can I do in the National Parks?

As you might imagine, there are a million and one things to do in the 15 National Parks in Britain. And most of them are free!

Anything from just going out for a short ramble to a full on day or two of rock climbing some of Britain’s highest peaks.

You can bring road bikes and cycle for miles or explore the mountain bikes trails. Or why not bring your horse and ride the many open paths?!

National Parks aren’t just for the adventurous. If you’d rather see the sea and then head for an ice-cream, you’ve got some wonderful places to choose from.

The best holiday cottages in the National Parks

Holiday Cottage Compare has a great range of over 3,000 holiday cottages across the 15 National Parks in Britain.

Our National Park holiday cottages sleep between 2 and 59 people and most of them also extend a warm welcome to your pets.

Choose from a large converted barn in the countryside or opt for a smaller, more romantic, remote cottage, with a log burner to snuggle up along with a glass of wine.

We also have several cottages with a hot tub and games room. There’s even accommodation in fortified manors, converted chapels, lighthouses and a former water tank!

We want to make sure that you book the best holiday let for you, so that your holiday in a National Park is the best that it can be.

We give you so much variety and choice that it’s easy to find exactly what you are looking for. Take a closer look at our stunning collection of self-catering holiday cottages and apartments in the National Parks below.

Book a holiday cottage in the National Parks

A selection of the vacation rentals in the National Parks are displayed below. To find the best one for you, use our filter options to the left, to narrow down what’s available until you find your favourite.

At any point, please feel free to contact us with any questions you may have about booking a holiday cottage in the National Parks – we’re happy to help with all questions about the cottages and to give you advice before you go ahead and book.

And should you prefer to let us do the hard work for you, then just get in touch with your list of requirements for your next holiday cottage. We would be more than happy to help you find your perfect place!